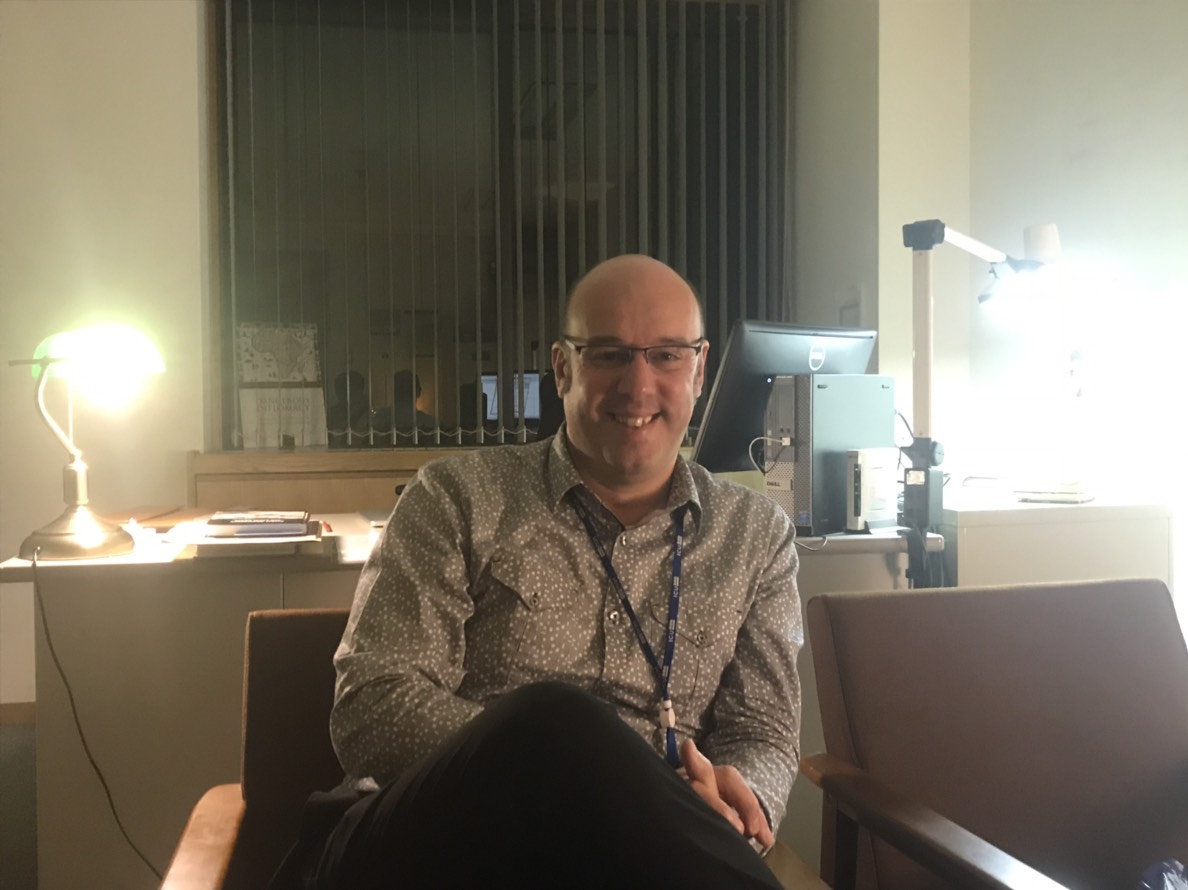 ――Dr.Salton, what do you teach in ICU?

――Could you tell us your background?

It’s very long, because I’d have lived in many countries and many places.  I started my carrier as a Human Rights Lawyer in Iceland. I worked for two years as Human rights officer there,then I moved to New York and I briefly worked for the United Nations.  At headquarters, I was doing political affairs and peace building. After that, I went to the UK for about six years, and after that, I was working for an American university in Bangladesh for five years. That’s all before I come here.

――It’s an interesting career.  So, how and why did you come to ICU?

As to the how, I just applied for a job opening, but as to the why, there are many reasons. I was working for a liberal arts university before coming here, and I am very enthusiastic about liberal arts model, so ICU is the liberal arts school and that’s a very strong attraction to me. Also, I am Human Rights Lawyer and by training human rights are very important to me and focus of ICU in terms of Human rights are also important.  And, the peace building perfectly fits into my research area, so that is why.

――Is there particular reason you come to Japan?

I really like Asia, although Bangladesh is really different from East Asia. But I always liked Asia and I find myself at home here. Although the language is a bit of problem, but it is a part of the world I really want to live.  Also, I have to say as an undergraduate I was doing some research on Japan specifically, so I was always very interesting in it.

――Could you tell more about International History from the perspective of International Relationship to whom does not have any idea?

International History looks at an evolution, at how International Relations have developed. Basically, we concentrate on the interaction of Western and non-Western states the last four or five hundred years and we ask questions such as why the United States became a superpower, what was the Cold War, why was there a first and then a second world war.  The emphasis I want to put in is why as supposed to what, so usually some students find it because they are used to memorization, and their focus is on the what and when. But because we are at a university, we take it for granted that students know some of the what and when, so they have to challenge themselves and ask why. So in the class, we focus why certain thing happened. That is much more interesting because it pushes you to questions underlying causes.

――Thank you for your time.